This is the usual title for this tune in County Donegal. It derives from Danny O’Donnell’s cycle trip from An Clochán Liath to An Charraig to play at a concert in Frank Cassidy’s hall. Danny had to cycle up the steep glen of Glengesh to get to An Charraig. In the audience that night was the great fiddler from Teileann, Jimmy Lyons. After hearing Danny play this hornpipe Jimmy asked Danny the name of the tune. Danny couldn’t recall it but with the climb up Glengesh fresh in his mind he told Jimmy it was The Glengesh Hornpipe. Jimmy later made a marvellous recording of it for Séamus Ennis and gave this title to it. It is also sometimes called Dr. Peter’s Hornpipeafter the late Dr. Peter Carr of Killybegs. It appears in a number of old collections as Down the Glen, The Comet, The Black Swanand Minnie Foster. 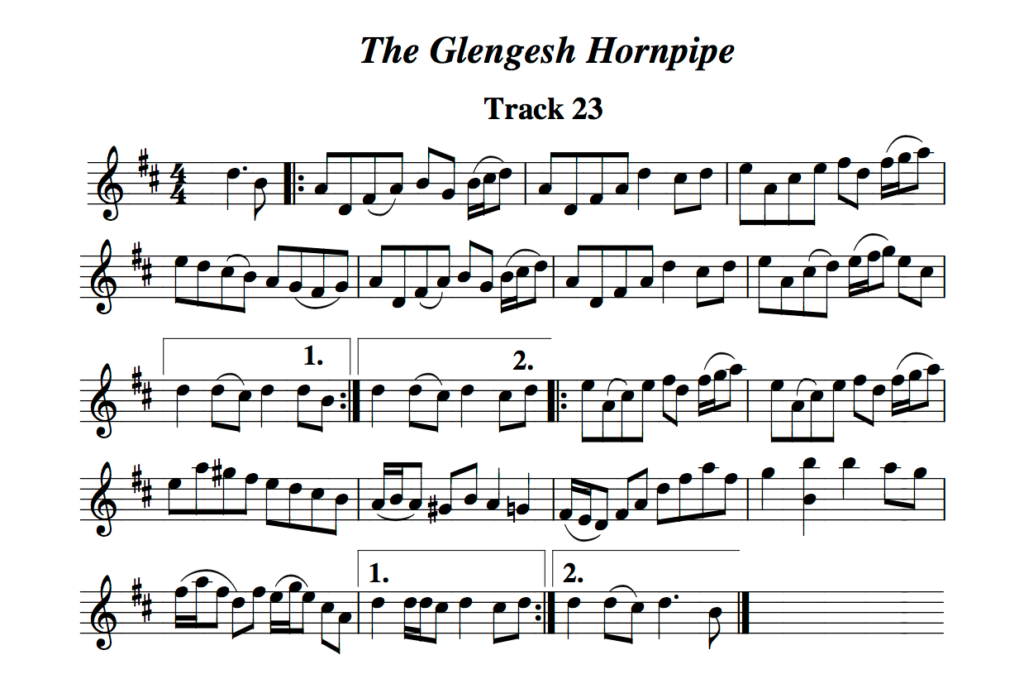