Jim learned the first tune from Jim McFadden an accordion player from Creeslough who played duets with Jim in later years. It is a version of O’Mahony’s Hornpipe in Ceol Rince na hÉireann, Volume 3, number 225. Jim hadn’t a name for the second tune, however it was often played by Prionsias Ó Maonaigh of Gaoth Dobhair and known under this title by the Kilcar fiddler John Meehan who settled in Chicago. It was also associated with the Forthill Céilídh Band of Ardara in the 1930s. Playing the first time around Jim plays the second part only once and then plays it twice, as normal, the second time around. The transcription is in the  latter format. 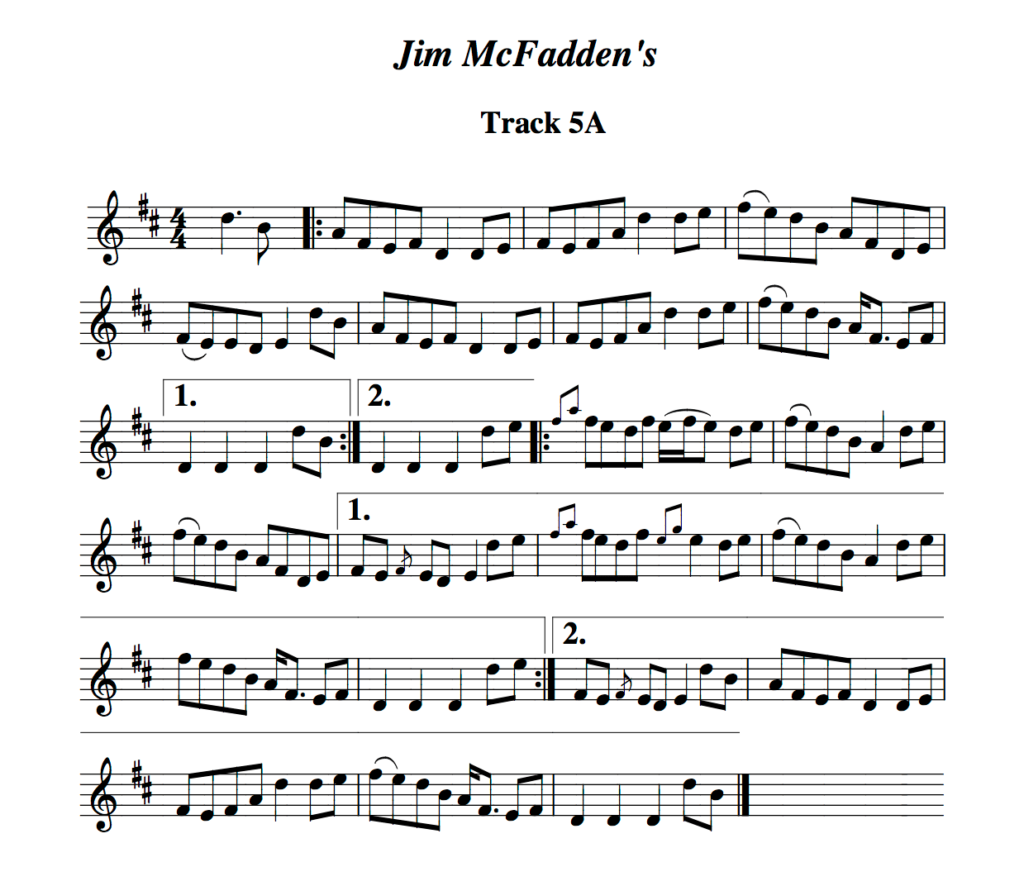 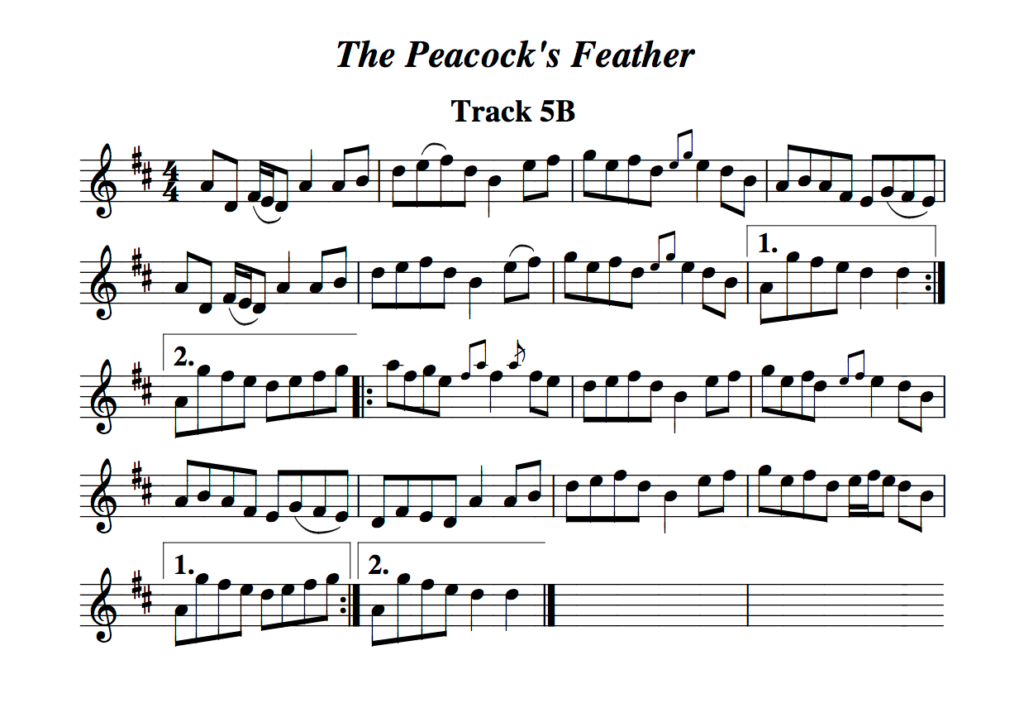