This tune is sometimes mistakenly listed as a hornpipe in Irish collections. The titling of it is somewhat problematic. It has been listed as An Cófra Donn (The Brown Chest). It has also been listed as An Comhra Donn (no sensible translation) but it is in fact An Comhrá na dTonn (literally, the conversation [sound] of the waves). This is a natural phenomenon whereby in an Atlantic storm surge and with a sea into land trailing wind, the sound of waves have been reported to be heard inland as much as forty miles or more inland to places such as County Roscommon. This sound was known in Irish as Comhrá na dTonn and has been reported in local press accounts even into recent times described in reports as ‘corra dun’ [sic]. The tune derives from the Scottish tune The Caledonian March. Two versions of it also appeared amongst rural fiddlers in southwest Pennsylvania (see Dance to the Fiddle March to the Fife by Samuel Bayard, 1981) as a marching tune entitled The Dusinberry / Jutenberry March as well as The Star of Bethlehem. 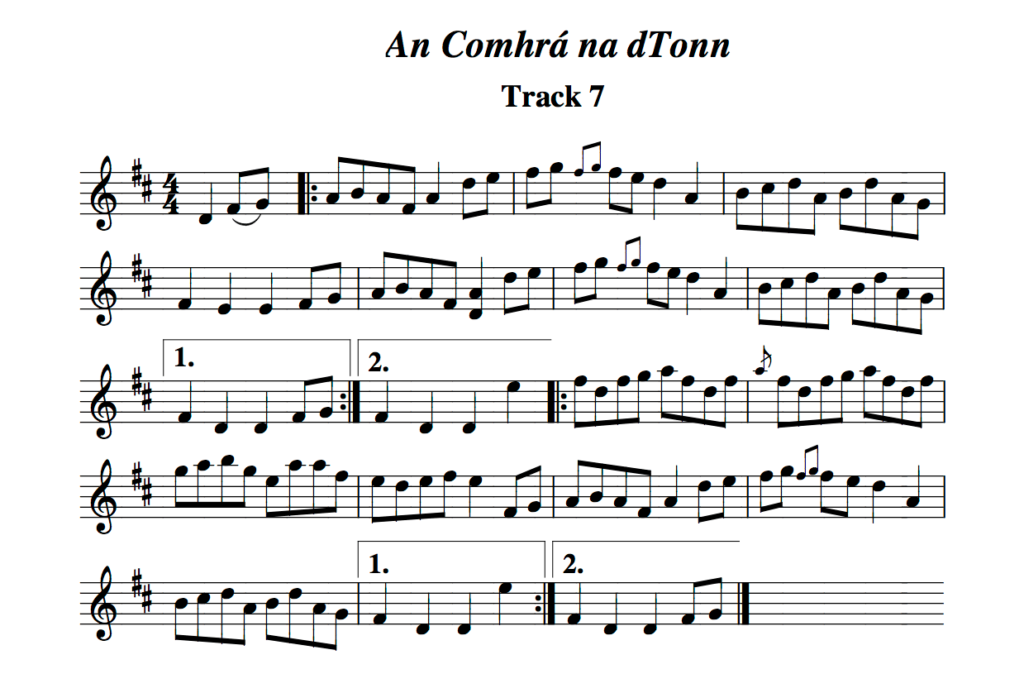